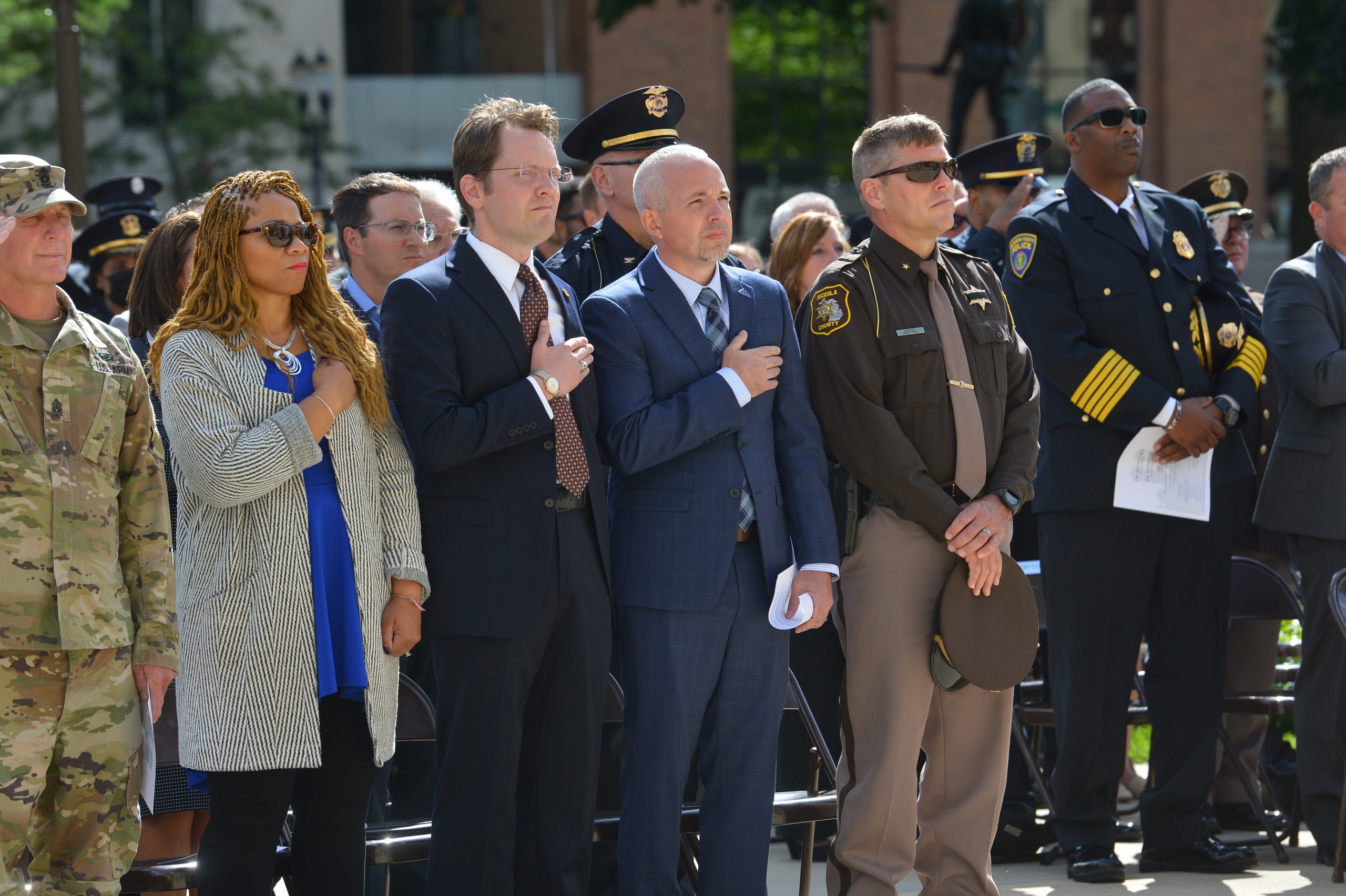 Osceola County Sheriff Mark Cool (second from right) joined Speaker of the House Jason Wentworth (third from right) for the annual September 11 remembrance ceremony at the state Capitol in Lansing. State legislators from the Michigan House of Representatives invited first responders and military veterans and active duty servicemembers from their local communities to attend the event commemorating the 20th anniversary of September 11, 2001 and honoring the first responders and members of the military who fell in the line of duty during the past year.

Speaker Wentworth also led the attendees in reciting the Pledge of Allegiance during the ceremony and led the attendees in a moment of silence to honor the first responders and members of the military who have fallen in the line of duty during the past year. Behind him are the legislators who read the names of the fallen who resided in their local communities as part of the ceremony.

The Michigan Legislature yesterday finished up work on the new state budget that will go into effect this fall. The state House passed the bills with large bipartisan majorities. After wrapping up negotiations with the governor and the state Senate, Speaker of the House Jason Wentworth (R-Farwell) today highlighted some of the ways in which Northern Michigan will benefit from the agreement.

Speaker Wentworth talks to Capitol reporters on the House floor Tuesday after the passage of House Joint Resolution R, which would change the state’s term limits law to allow lawmakers more time in each chamber while reducing the overall time they could serve at the Capitol. Speaker Wentworth says the plan, which Michigan residents would […]