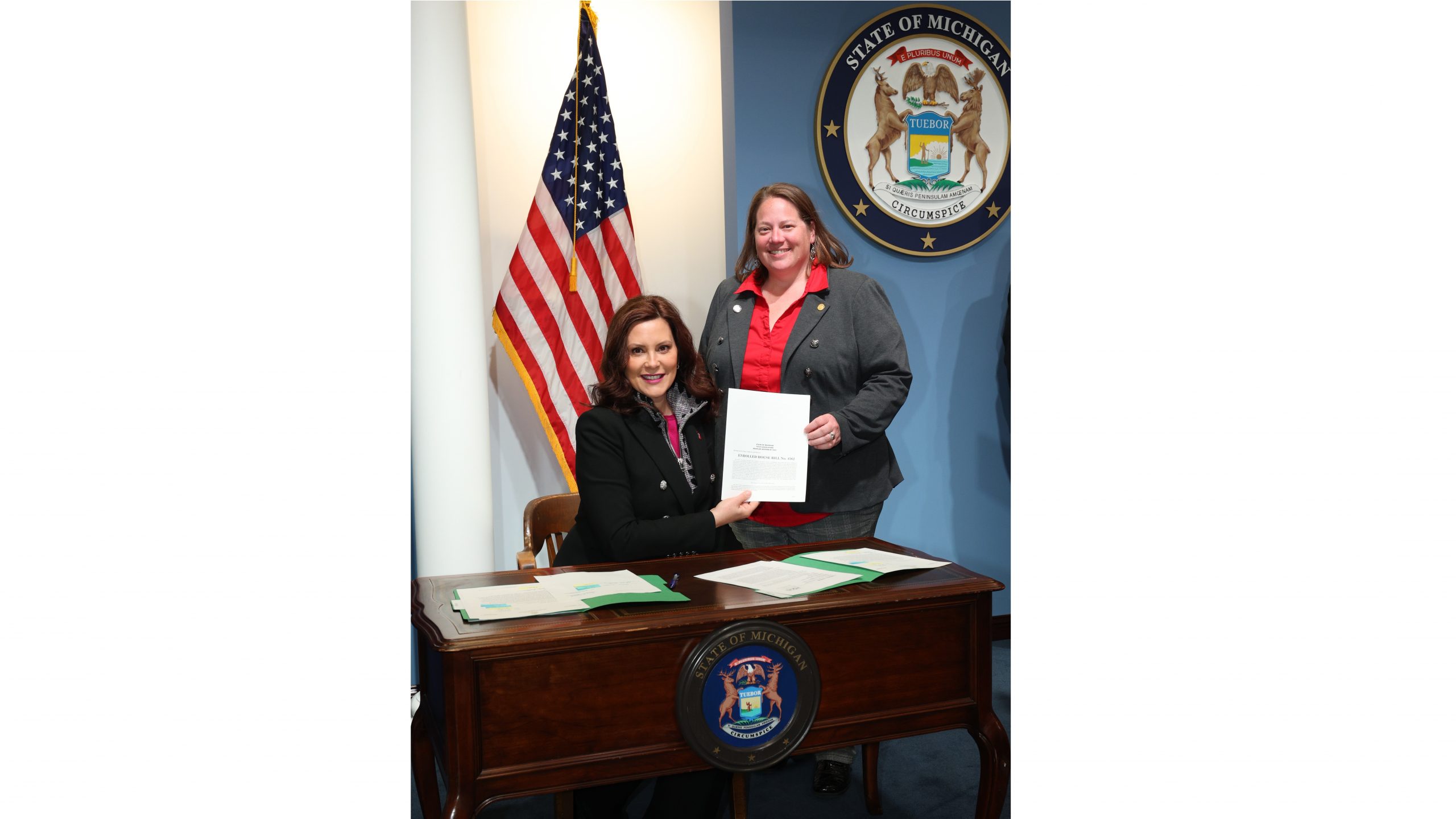 Lightner, R-Springport, said Michigan’s parole process has been forcing victims to frequently relive the traumatic events of a crime, even when there is little to no chance of a prisoner being granted parole.

“Every year or two, survivors of crimes who want to make sure their perpetrator stays in prison are forced to come in and relive their trauma,” Lightner said. “With this new law, we are giving victims more time in between parole hearings, so they can heal and get the peace of mind they need to move on with their lives.”

The legislation was inspired by Randy Gilbert, a local man who survived an attack by serial killer Don Miller in the 1970s. He testified throughout the legislative process, detailing the trauma he experiences every time a parole hearing is held.

“I feel like I’ve served a life sentence because I have to relive this over and over,” Gilbert said. “If we had five years in between it would be very helpful for victims. It would give us time to live our lives and plan ahead. Right now, I really can’t plan ahead, I have to think day-to-day: ‘What am I going to do if he’s released?’”

When a prisoner is denied parole in Michigan, the Parole Board was previously required to review the case every one or two years, depending on the circumstances.

Gilbert detailed a year in his life as a survivor, pointing out that he received a letter in January 2021 letting him know Miller would be up for parole.That began a process that involves meeting with prosecutors and law enforcement, giving testimony for the parole board, and waiting. In August, he received notification that Miller had been denied parole. This January, he received another letter and started the process over again.

The bipartisan plan sponsored by Lightner and Rep. Angela Witwer, D-Delta Township, gives the Michigan Parole Board additional flexibility to extend the amount of time between when parole is denied and when the next parole review must be conducted.

Under the new law, when a prisoner is denied parole the parole board will be allowed to go up to five years before conducting another review. For this to take place, a majority of the parole board must agree that the prisoner’s history of predatory, deviant, or violent behavior shows there is a risk to public safety that is not likely to be mitigated in the next five years.

House Bills 4562-63 received overwhelming bipartisan support in both the House and Senate before earning the governor’s signature.