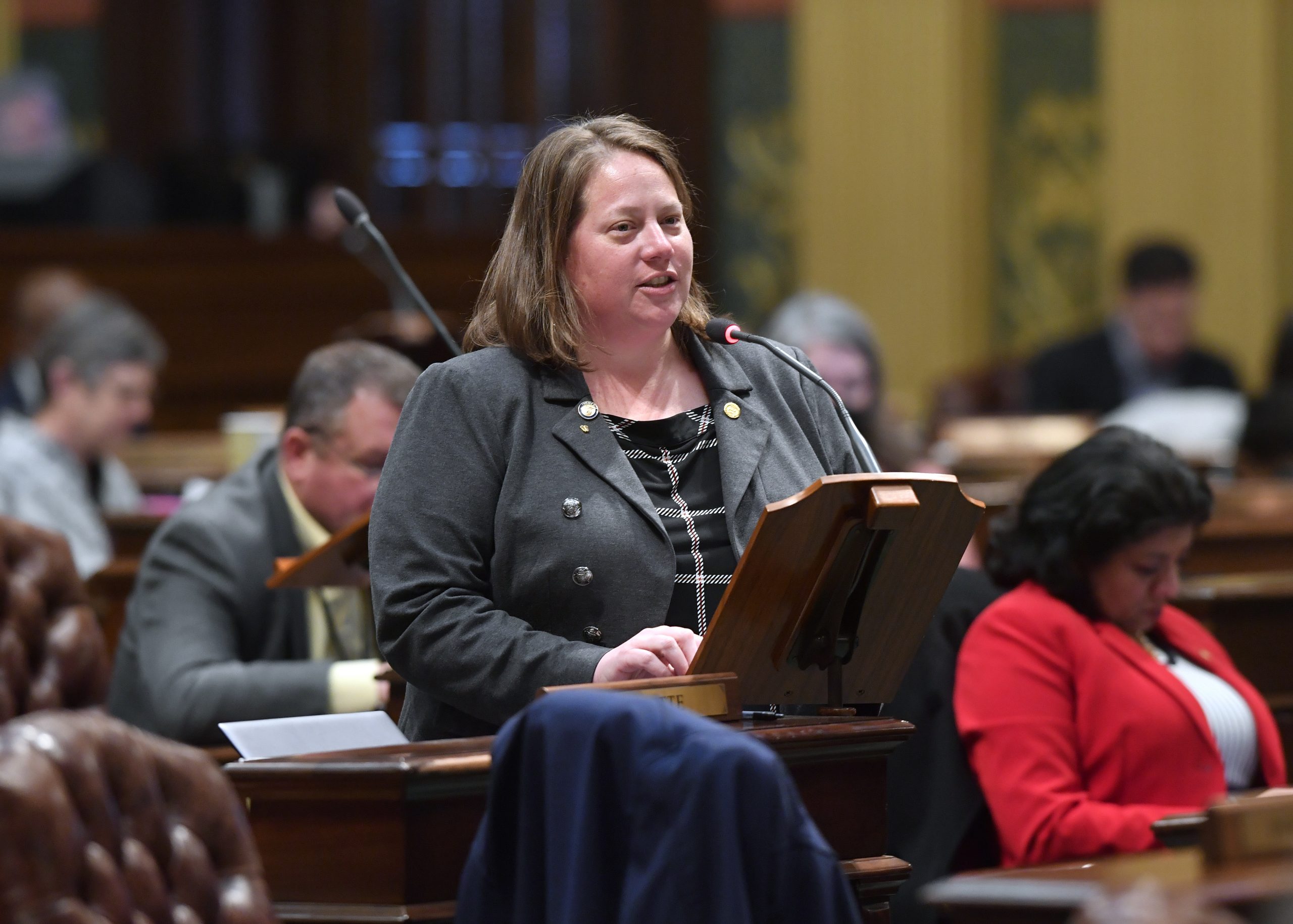 State Rep. Sarah Lightner today voted to provide permanent and stable funding for a program that provides police protection to many Michigan communities.

The state’s secondary road patrol program provides funding for sheriffs’ departments to patrol roads outside of cities and villages. The program has historically been funded by a $10 assessment added to traffic tickets. This funding has declined over the last 20 years, putting the rural road patrols in jeopardy.

“Secondary road patrols play a vital role in our rural communities. Without these officers, residents likely face incredibly long wait times when they call 911 during an emergency,” said Lightner, of Springport. “They deserve a stable funding source and residents deserve the peace of mind that these officers will be available to keep the public safe.”

House Bills 5772, 5773, 5732 and 5569 will stabilize the funding by dedicating $15 million of the liquor excise taxes collected by the state each year to the program. The bills do not increase the tax on consumers in any way. The plan would also remove the additional $10 assessment residents pay on traffic tickets.

The plan now advances to the Senate for further consideration.