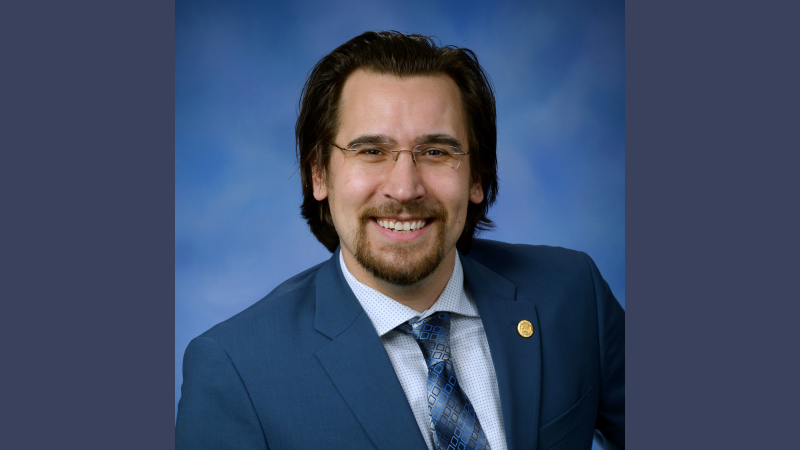 State Rep. Brad Paquette today was appointed by Speaker Jason Wentworth to serve as the chair of the School Aid and Michigan Department of Education Budget Subcommittee as well as vice chair of the House Education Committee.

Paquette, a former public school teacher, said he is honored to be selected to serve in such influential roles to better Michigan’s educational outlook.

“The past year has been challenging for our students, parents and teachers,” Paquette said. “There is a lot of work to do as I intend to hear as much as possible from those on the front lines of the classroom.  It will be invigorating to work with my fellow committee members to ensure we have learner centered policy that empowers teacher voice here in Michigan for the next two years.”

In addition to his education roles, Paquette will also serve as a member of the House Energy Committee and the Local Government and Municipal Finance Committee.

Rep. Paquette speaks on the House floor Tuesday afternoon prior to passage of a two bill package that would create a Student Opportunity Scholarship program in Michigan to help families with education expenses. Rep. Paquette says the plan will help the state move from what he calls the “cult of the average.”

Rep. Brad Paquette, the Chair of the House Appropriations Subcommittee on K-12 education, talks on the House floor Thursday before passage of legislation providing record funding for public education in Michigan. Rep. Paquette says the plan will provide $9,000 for every student in every Michigan community, emphasize making up for learning loss, and provide more […]

State Rep. Brad Paquette, of Niles, today expressed full opposition to Berrien Regional Educational Service Agency’s (RESA) newly adopted policy granting 10 additional paid sick leave days to employees vaccinated against COVID-19 to be used if they contract or are exposed to the virus, but not to unvaccinated employees.